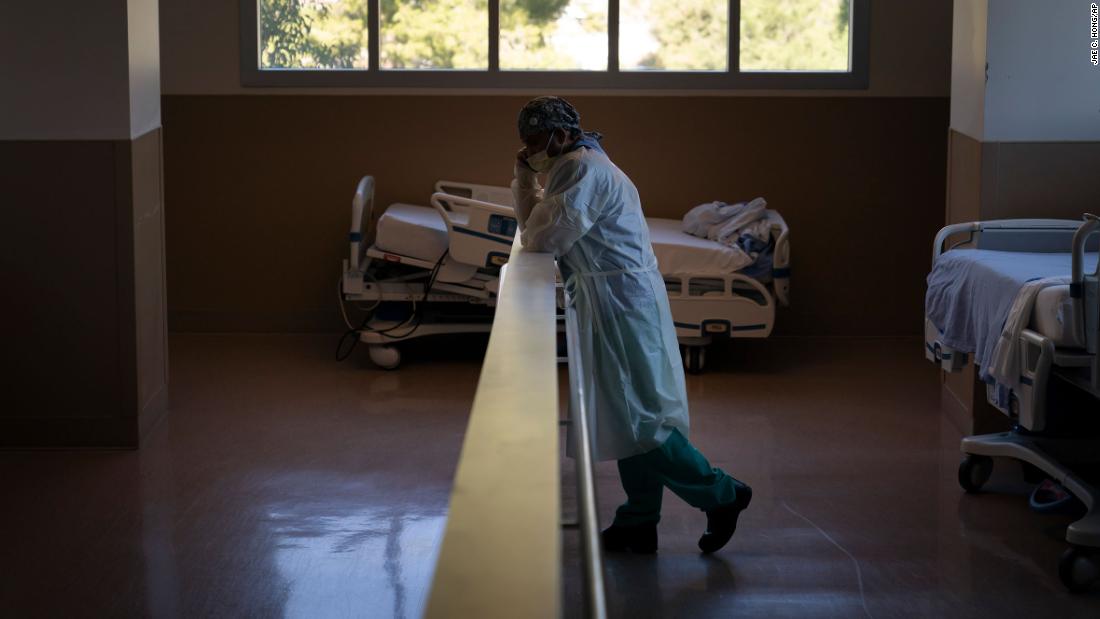 Roughly 33 million of California’s 39 million residents, about 85% of the nation’s most populous state, will be under the orders beginning Sunday evening.

Almost 6 million will be under the orders after six Bay Area governments decided not to wait for ICU capacity to fall below that threshold.

As of Sunday, ICU capacity in Southern California, the state’s most populous region, had fallen to 10.3%, according to the state’s Covid-19 website. In the San Joaquin Valley region, encompassing much of central California, that metric dipped to 6.6%.

The state reported more than 30,000 new cases on Sunday, a record high for California.

The orders take effect Sunday at 11:59 p.m. PT and require the closure of businesses like bars, hair salons, museums, movie theaters and indoor recreational facilities. Retail businesses are allowed to stay open at 20% capacity, while restaurants are limited to takeout and delivery service. Travel is prohibited except for essential activities.

Schools that are already open for in-person learning may remain open along with critical infrastructure businesses.

The order will remain in effect for at least three weeks and will be lifted only when a region’s projected ICU capacity meets or exceeds 15%.

“Unfortunately, the reality is that for weeks now coronavirus cases have been reaching record highs in our county,” said Greg Cox, a San Diego County supervisor, at a press conference Saturday. “We’ve seen a rise, not only in cases, but a rise in hospitalization rates and a rise in the use of our ICU beds in our region’s hospitals.”

Hospitalizations are at an all-time high in the state with 10,624 Covid-19 patients hospitalized, according to according to the California Department of Public Health.
Officials in six San Francisco Bay Area jurisdictions issued a proactive stay-at-home order on Friday, even though the region’s ICU capacity had not dropped below the 15% threshold. As of Sunday, ICU capacity was at 24.1%.

“It takes several weeks for new restrictions to slow rising hospitalizations and waiting until only 15 percent of a region’s ICU beds are available is just too late,” San Francisco Health Officer Dr. Tomás Aragon said in a news release at the time. “Many heavily impacted parts of our region already have less than 15 percent of ICU beds available, and the time to act is now.”

The Bay Area restrictions will take effect at varying points depending on the county. Most will begin implementing the order on Sunday evening followed by Alameda County on Monday and Marin County on Tuesday. Restrictions will remain in place until at least January 4, 2021.

Newsom announced the statewide regional stay-at-home restrictions Thursday, saying the state was at a “tipping point” in its battle against the new coronavirus and decisive action was need to keep hospitals from being overwhelmed.

But he was hopeful this is the last time California will see this kind of shutdown, pointing to potential approval of a Covid-19 vaccine.

“We do not anticipate having to do this once again,” Newsom said. “There is light at the end of the tunnel. We are few months away from truly seeing real progress with the vaccine. We have distribution, we have accessibility, we have availability.”