Climate change: Last month was the hottest November ever as Europe had its warmest fall on record 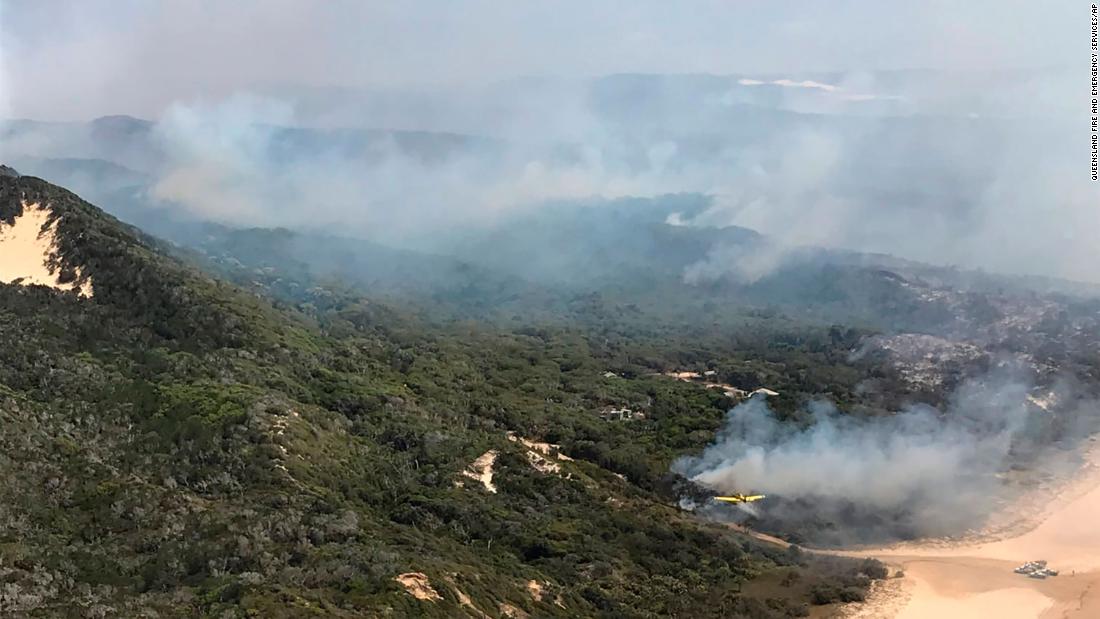 Temperatures were most elevated in a large region across northern Europe, Siberia and the Arctic Ocean, where sea ice was at the second lowest level ever seen in November.

Globally, November was almost 0.8 degrees Celsius (33.4 Fahrenheit) above the average for 1981-2010, and 0.1C (32.2F) higher than last year. And this unusual heat comes despite the cooling effect of La Niña.
In Australia, a bushfire has been burning out of control for six weeks now in the popular tourist spot of Fraser Island as parts of the country swelter through a record-breaking heatwave.

“These records are consistent with the long-term warming trend of the global climate,” said Carlo Buontempo, director of the Copernicus Climate Change Service at ECMWF.

He said November was “an exceptionally warm month” globally and temperatures in the Arctic and northern Siberia remained consistently high while sea ice was near its lowest extent.

“This trend is concerning and highlights the importance of comprehensive monitoring of the Arctic, as it is warming faster than the rest of the world,” he added.

Buontempo said policymakers who prioritize mitigating climate risks “should see these records as alarm bells” and think more seriously than ever how to best comply with the 2015 Paris Agreement.

The US pulled out of the Paris accord last month, with President Donald Trump claiming it was “designed to kill the American economy,” but President-elect Joe Biden has promised to reenter the pact after he is sworn in.

Copernicus data shows that 2020 could be the hottest year on record. It is on a par with 2016, the warmest year ever, and is likely to equal the record or marginally exceed it unless the mercury drops this month.

The World Meteorological Organization’s (WMO) annual climate report last week said 2020 was on course to be one of the three warmest years on record, just after 2016 and 2019.

While December’s data will be decisive, it is almost certain that 2020 will be the warmest calendar year for Europe, Copernicus reports. The January-November period was 0.5 degrees Celsius warmer than that period in 2019 — the warmest year on record — and at least 0.4 degrees warmer than the same period in any other year.

In September, October and November, average European temperatures were 1.9 degrees Celsius above 1981-2010 and 0.4 degrees higher than 2006, the previous warmest fall. Most of Europe saw above average heat, with temperatures soaring the most in the northern and eastern regions.

In the Arctic region and large parts of northern Siberia, temperatures have been substantially above average for all of 2020, not just the fall. Sea ice cover has been particularly low since the beginning of summer and Siberian wildfires released record emissions.