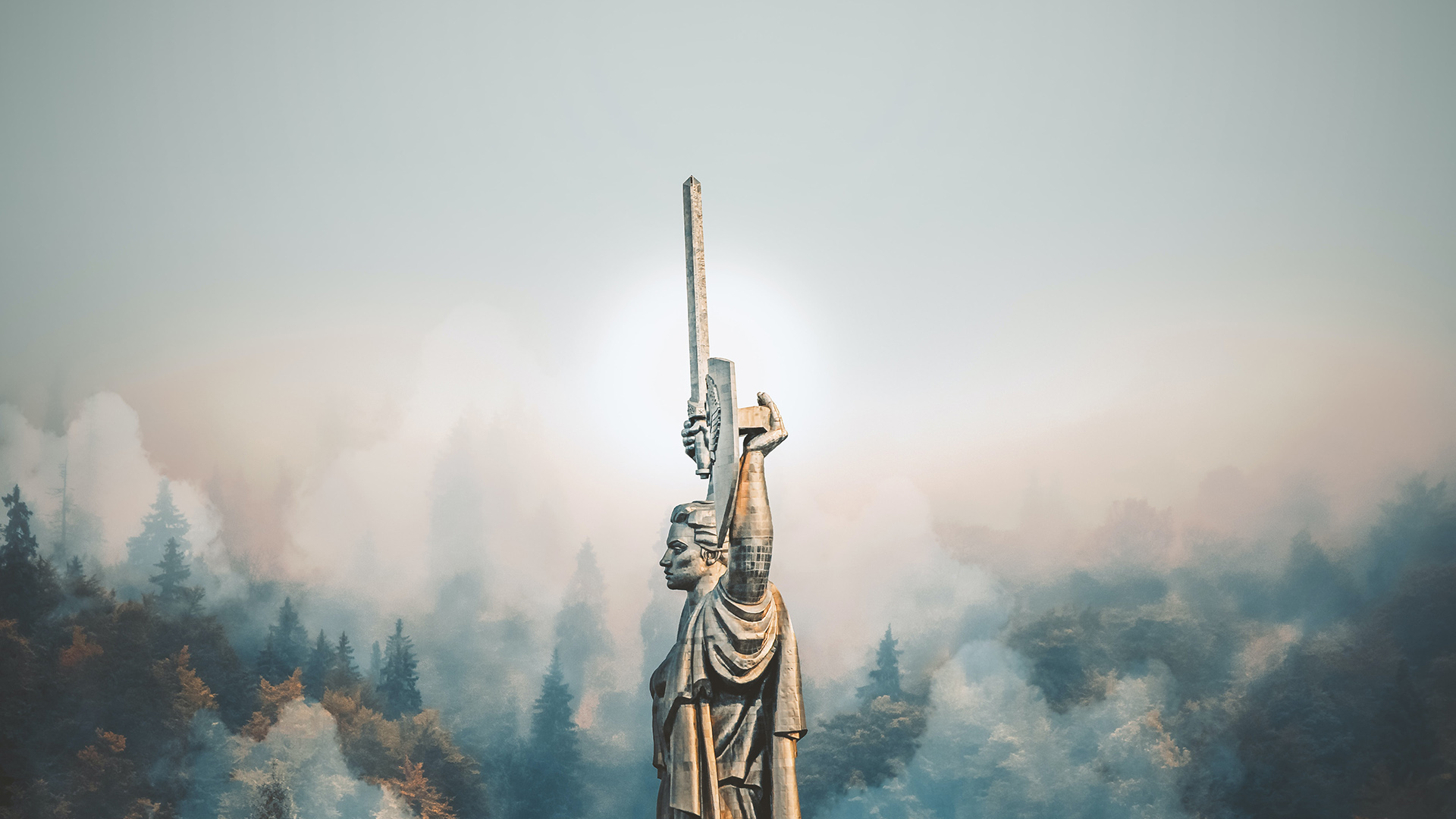 The real question is whether the brighter future is really always so distant. What if, on the contrary, it has been here for a long time already, and only our own blindness and weakness have prevented us from seeing it around us and within us, and kept us from developing it?

In the last grade of high school, our class was ‘punished’ by the introduction of a new supervisor. The school directors believed that the class was unruly and required a heavy-handed approach to discipline. That role was assigned to Gennadiy Yefremovich Pavlov, a physical education teacher who embodied crude force in various ways. Short in stature but muscular, he always wore a tight-fitting tracksuit to emphasise his impeccable bodybuilder physique. He loved to scold inept pupils during training and slap us on the side of the head. Crucially, he only spoke Russian even though the school’s official language of instruction was Ukrainian.

On the very first day, he promised to make half of us otlichnikami (A-graders) and the other half gorbatymi (hunchbacked). To turn this ambitious plan into reality, he started to visit our classroom between lessons at least twice a day – to ‘strengthen our brains’ (vpravit mozgi), as he put it.

As long as this ‘brain-fixing’ was purely verbal, the educational process moved smoothly. One day, however, in overexcitement, Mr. Pavlov (or Genka, as we called him) hit one of the boys, who pushed him back. This made him so furious that the situation turned into a physical fight. The girls squealed and the boys – five or six of us – attacked him from all sides like hunting dogs on a wild boar. Genka, in the end, broke free and ran away.

We seemed to have won but had no idea what to do with our unexpected victory. Finally, the smartest of us suggested that we write a report to the school principal to explain everything and request another class master, considering Mr. Pavlov’s actions. That was a good move. The school bosses had no interest in being the centre of a public scandal. They eagerly agreed to our humble request on the condition that the whole story would remain within our narrow circle. And it did.

We were happy like kids; it was our first victory against the system, our first experience of serious collective action. You may even call it an experience of mutual trust and solidarity. The system barely noticed our rebellion: Genka continued to physically and verbally abuse students and, as we learnt much later, write reports to the KGB denouncing the other teachers as ‘Ukrainian bourgeois nationalists’.

We did not make the case public or get him kicked out of school. We also did not mobilize other students to help remove similar ‘teachers’ from schools. We were no revolutionaries. If the story had any significance, it was only for us, for the minor and powerless who gradually discovered that things can be different and that sometimes it is worth a try. 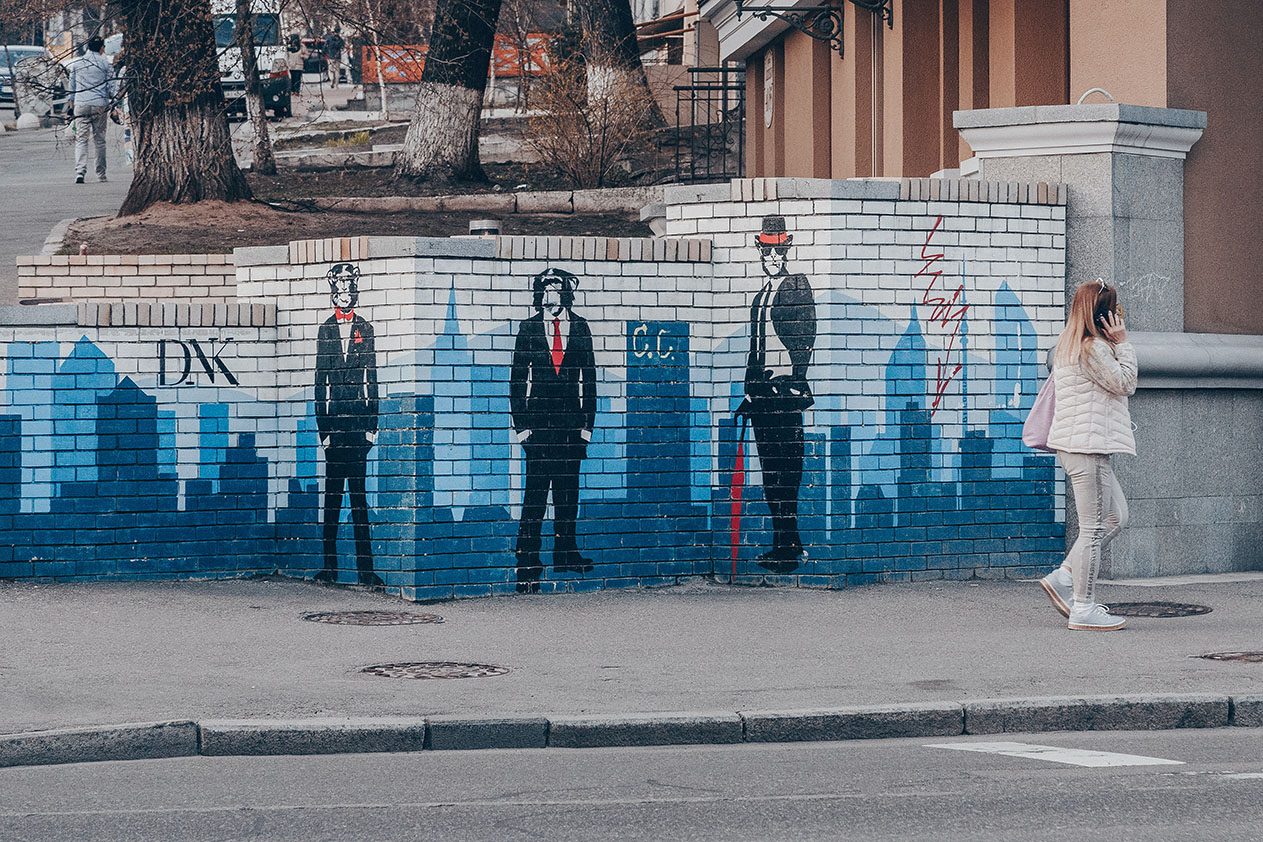 Photo by @marjan_blan from Unsplash

A little later, I got the chance to relive this experience somewhat when watching Larry Peerce’s film Incident in some desolate underground cinema club where such films were usually screened semi-legally. The main action unfolds in a night subway car where two thugs block the door and terrorize a dozen terrified passengers. First, they go for the homosexuals, then the Jews, then the African-Americans and then the rest. They bully each victim joyfully and ingeniously with sadistic pleasure. What is most striking is the dozen adults in the carriage who watch in silence whilst the bandits go after another prey. Everybody still hopes that he or she will not be next and that the bandits will spare them for some unknown reason.

Sociologists call this the ‘collective action problem’. A dozen passengers could have easily taken on a couple of thugs, but somebody has to actively resist and be confident that others will step in to help them. It seems rather simple, but, for such confidence to exist, a high level of mutual trust is needed and the certainty that you will not be left to experience someone else’s wrath alone. Sociologists and economists describe this problem as the ‘prisoners’ dilemma’.

This dilemma involves a simple story. Two prisoners find themselves under arrest and the investigator can keep them for as long as he has good reason to suspect them. They may have committed a crime, but there is no clear evidence to persuade the court. So the investigator plays a game by keeping them in separate cells and persuading each to confess to the crime. The police officer knows that all human beings have an instinct of self-preservation focused on the primary need to take care of oneself. The investigator presents the two prisoners with a dilemma. They could rescue themselves by admitting that their partner committed the crime, believing that only their associate will receive punishment. There is, however, a third option (one which the investigator wisely does not mention): if both prisoners refuse to confess, he would be obliged to release them both due to lack of evidence.

The solution to this dilemma is simple and efficient, but the prisoners must both fully trust each other. They must be fairly confident that their accomplice would not betray them. Only in these conditions can their relations be truly cooperative and mutually beneficial. For this to occur, they must have some form of shared experience that encourages mutual trust.

In the early 1990s, Robert Putnam published a brilliant book, Making Democracy Work. Its ideas reached me firstly via the Polish translation, Demokracja w dzialaniu (Democracy in Action), and eventually through the Ukrainian translation, Становлення демократії (literally Formation or Establishing Democracy). Despite its title, the book is more about civil society than democracy – the network of formal and informal civic communities that actually enable the fully-fledged, functioning democratic institutions.

Putnam and his colleagues explored the development of civic habits and attitudes at the micro-societal level in both the northern and southern regions of Italy. The juxtaposition of the ‘two Italies’ was ultimately the author’s intention. Firstly, he assumed that the north of the country would enjoy a large amount of civic activism. This was due to the region’s historic tradition of popular participation within the public life of its city-states. In contrast, it was thought that southern Italy’s historical experiences under the rule of different authoritarian entities would discourage such ideas. This theory implied that public institutions in northern Italy would prove to be more effective today.

The key idea in Putnam’s book is ‘social capital’. It describes the level of mutual trust, solidarity and readiness to cooperate for the sake of the common good within a society. This concept encourages equal, horizontal ties between citizens rather than vertical patron-client relations. Social capital is very difficult to accumulate and very easy to waste. It is accrued through daily experiences of trust and cooperation, the honest fulfilment of contracts and obligations, and treating others as you would like them to treat you. In small communities where everybody knows one another, such as a classroom, a village or an ancient Greek polis, the development of this ‘capital’ is easier. This is because all transgressors are visible and can be easily sanctioned, abandoned by friends, excluded from a game or even expelled from the polis.

Problems begin to emerge in larger societies where most members are anonymous. We do not know these other people but must cooperate with them daily. This involves potentially risky activities such as depositing money in a bank hoping that we shall receive it back at some point, buying medicine with the hope that it really is the substance indicated on the label and electing a deputy in the hope that she or he will follow their declared political line. In some societies, these expectations are almost always fulfilled and we call such polities developed nations. In some other societies, expectations are most likely to remain unfulfilled. We call these places failed states. However, in some societies, like ours in Ukraine, expectations are only met some of the time. And the degree to which expectations are met largely determines the fracture of the real value of our labour, skills and property that we can ultimately receive in the marketplace. The rest of the real value is lost as a kind of tax on corruption, an insurance against uncertainty.

Of course, lawbreakers can be found everywhere. This is because selfishness is as human as cooperation and freeloading is tempting for many people. All societies, to some degree, have mechanisms of control for punishing anti-social behaviour. But in civic communities, formal rules only play a supporting role to mechanisms of self-control and individual responsibility. Each citizen is supposed to be aware that freeloading is not a victimless crime but rather something that affects other people’s lives.

This understanding of civic behaviour stems primarily from bottom-up, daily experiences in society. Meanwhile, at the top of the state, these ideals are simply maintained and encouraged or, in some cases, dismissed by lawlessness and corruption tolerated by the state. Putnam’s evidence shows that Italy’s northerners are more likely to actively participate in elections and protest actions, sign petitions and subscribe to local media, discuss local news and belong to various civic organisations. All these engagements strengthen people’s ‘civility’. It gives them experiences of interaction, planning and scheduling, discussing and compromising, and holding personal and collective responsibility. 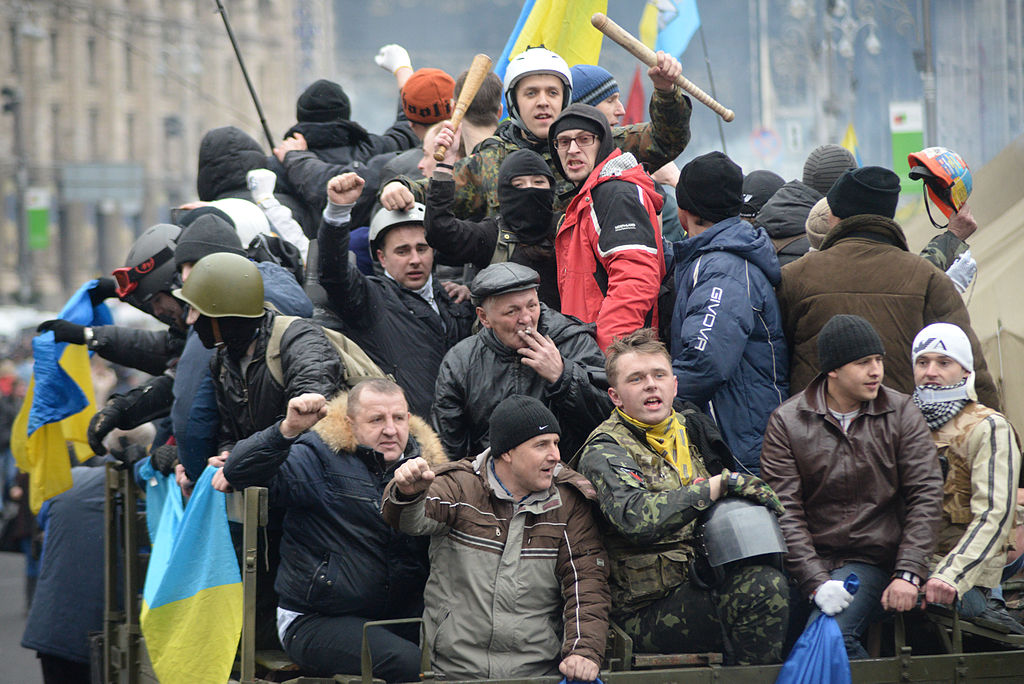 Collective portrait of triumphant protesters as the clashes in Kiev stopped after President Yanukovych had signed a compromise deal with the parliamentary opposition on February 21 and ordered the police to pull out. Euromaidan, Kyiv, UKraine. Photo by Mstyslav Chernov from Wikimedia Commons

Soviet communism eroded weak spots of civility that existed before. Totalitarian regimes never tolerate independent civic organisation, even if they are apolitical and lack influence. In fact, the only societal grouping that remains beyond the totalitarian state’s full control is the family. It is only here that some mutual trust can be preserved. The regime eventually tried to take over this societal unit by infecting it with ideas such as the myth of Pavlik Morozov –a young boy and exemplary Soviet subject who denounced his own parents to the KGB.

In the absence of civic traditions and positive social capital, society will organise itself along mafia-style principles. Ukrainian society has experienced developments in both directions. On the one hand, it developed mafia structures based around post-communist authorities and their ‘businesses’. On the other, it created grass-roots civic networks as an alternative to these hierarchies. Every revolution in Ukraine since then can be viewed as a clash between these two different projects of state-nation building. These ultimately amount to two different ways of self-organising and two competing visions of a desirable future. Our active society often appears to win the struggle for ‘civility’ in the short run but may be losing it in the long-term.

It is not power that we lack but the skill and ability to apply it in a coherent and consistent manner. Putnam’s book is not about the emergence or development of democracy, as the Ukrainian translation implies, but about its functionality, efficiency and capability to work. One could say the same about our power in Ukraine. It is not something to be found outside but rather an intrinsic capability that should be strengthened. We merely need to develop some trust and determination. We ought to take one simple lesson from the prisoner’s’ dilemma and the dilemma of collective action, namely that efforts to improve society only grow when mutual trust and solidarity dominate.

A European in word and deed

One thought on “Incident | Eurozine”