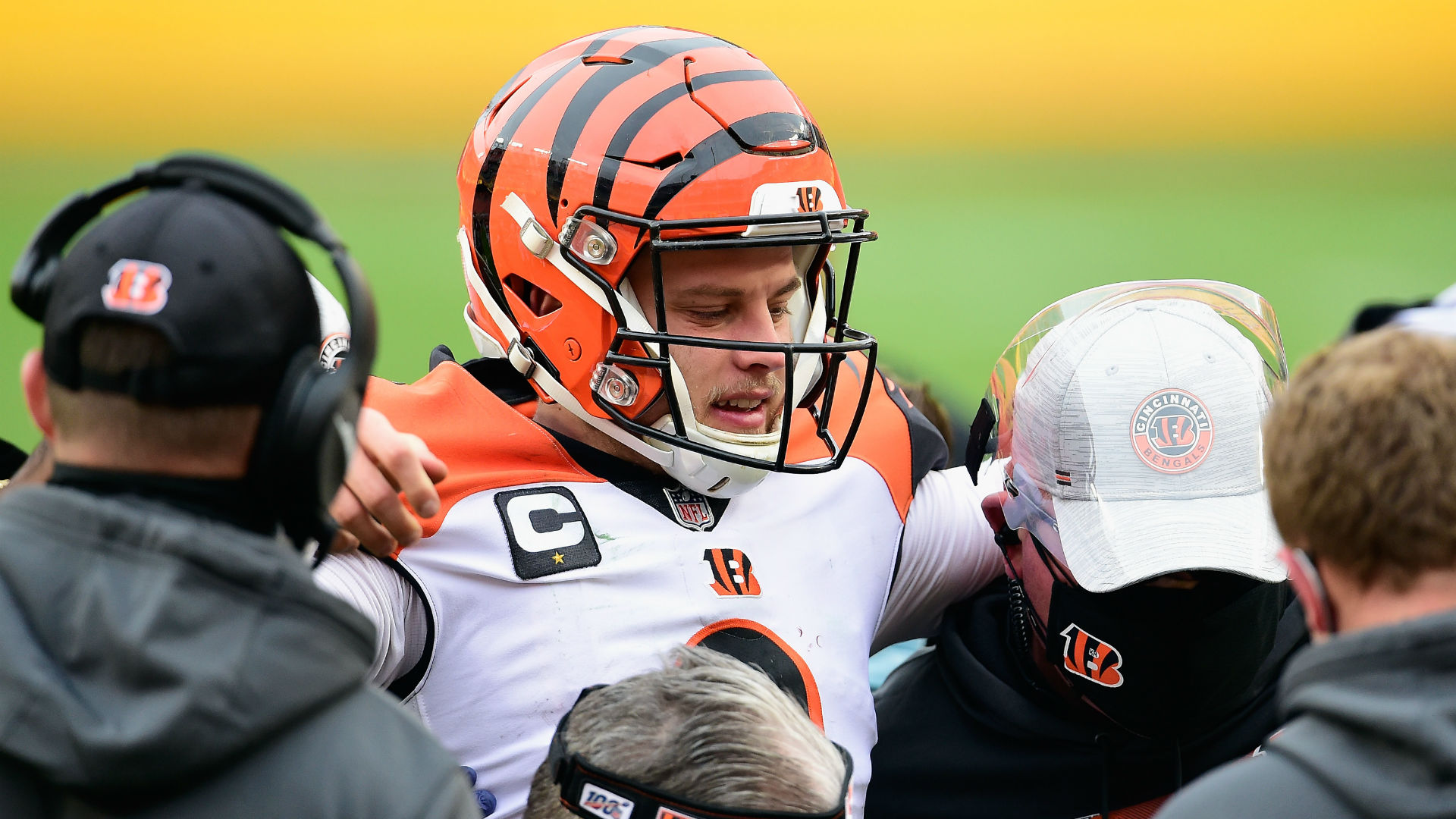 Bengals quarterback Joe Burrow was carted off the field after taking a hit to his left knee in the third quarter in Week 11 against Washington.

The rookie stood in the pocket to pass, but took a pair of hits both high and low simultaneously just after releasing the pass. His lower left leg, which was planted, took a heavy hit.

Burrow held his left knee area while on the ground, and eventually was able to stand with assistance while putting no weight on his left leg. He was helped to a medical cart before being taken away from the field, while most of the Bengals came onto the field to show their support for Burrow. Cincinnati quickly ruled Burrow out with a left-knee injury.

Warning: The video below contains graphic footage of the injury.

About an hour after being carted off the field, Burrow sent out a tweet: “Thanks for all the love. Can’t get rid of me that easy. See ya next year [fist].” Bengals head coach Zac Taylor had no final update postgame, according to The Athletic, and shortly after that, NFL Network’s Ian Rapoport reported that Burrow had at minimum torn his ACL.

Thanks for all the love. Can’t get rid of me that easy. See ya next year✊

The No. 1 pick in the 2020 NFL Draft after winning the Heisman Trophy at LSU, Burrow has started each game of his rookie season for the Bengals. He was 22-for-34 passing for 203 yards and a touchdown Sunday before exiting the game. Cincinnati’s backup quarterback is Ryan Finley, and he took over for Burrow.

Burrow has not had a recorded leg injury in his career, per Sports Injury Predictor. He fractured a wrist in 2017 and tore rib cartilage in his final season at LSU.

Earlier in Sunday’s game, Burrow took a big shot from Chase Young, although he remained in the game at that point.

BYU schedules Coastal Carolina with best intentions, even if CFP won’t see it