Mediterranean cruises coming back while global voyages still on hold 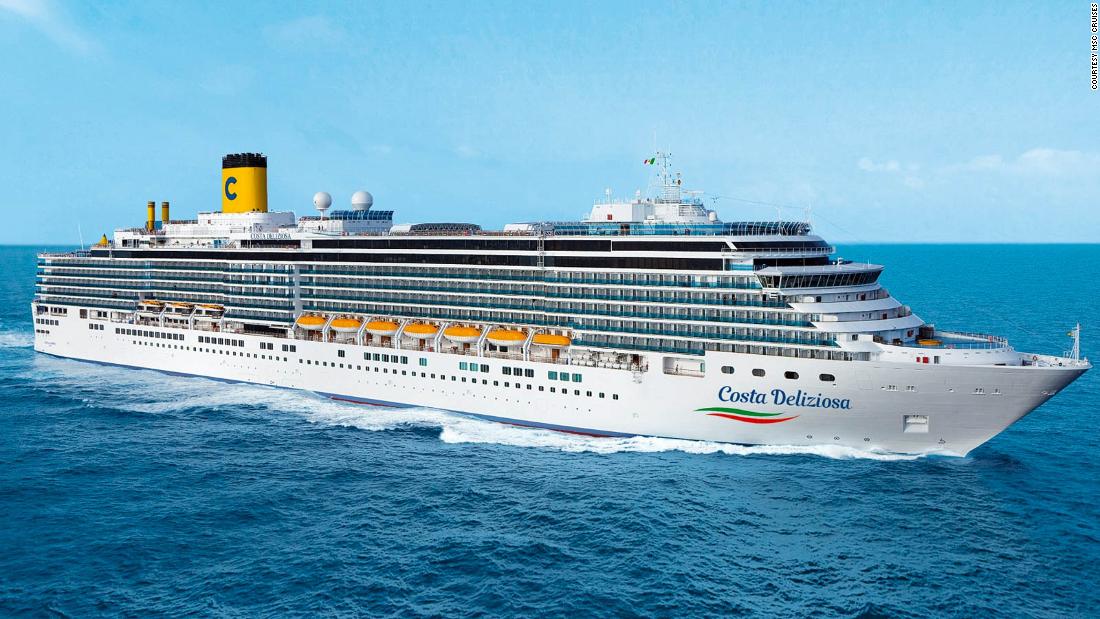 Rome (CNN) — On August 16, one of the most common sights on the Mediterranean Sea will return once again: cruise ships.

But it’s not back to business as usual for this beleaguered travel sector, which has lost an estimated half of its $150 billion in annual global revenue since the Diamond Princess, docked off the coast of Japan in February, became emblematic for how fast the new Covid-19 can spread on a ship.
That triggered a global shutdown of sea cruises until July, when the few that dared start up again were hit with infections right away. The 180 passengers on the Norwegian cruise liner MS Roald Amundsen are still under quarantine after 36 crew members and four guests tested positive on an Arctic voyage.

How will the Mediterranean cruises be different?

The Med cruises on offer for the moment are only for residents of Europe’s 26-nation Schengen Area, according to new stipulations set forth by the Italian government on August 10.

During the cruise, people will not be allowed off the ship onto Italian soil unless they are part of tightly controlled organized excursions with fellow passengers only and minimum contact with the general population..

The MSC Grandiosa will be the first to test the waters on August 16 with a seven-night cruise that will stop in Genoa, Civitavecchia/Rome, Naples, Palermo and Valletta, Malta.

The MSC Grandiosa cruise ship will embark on a seven-night cruise on August 16.

Pierfrancesco Vago, MSC’s executive chairman, said in a statement that all passengers and crew will be tested for Covid-19 before being allowed to board.

“During the pause in our operations, we focused on developing a comprehensive operating protocol that builds upon already stringent health and safety measures that have long been in place on board our ships,” Vago said in a statement posted on the company website.

The procedures include Covid-19 testing for all guests and crew before embarkation and shore visits only as part of approved excursions, he said.

“With all of these measures in place, we aim to offer our guests the safest possible holiday.”

Leonardo Massa, MSC’s Italy country manager, told CNN that the security procedures to access the ship will be threefold.

Passengers will need to fill out a form and have their temperature taken followed by an immunofluorescence test to detect the potential for the virus. If they pass that test, they can then check in and get their cruise card.

The MSC Magnifica is scheduled for a cruise around Greece in September.

Once on board, Massa says restrictions will be enforced.

“We do not want to distort life on board, but we will guarantee that social distancing will continue,” he told CNN. “We have over 100 sanitizers and a new air conditioning system.”

Each passenger will have to have their temperature checked daily. “The level of attention will remain particularly high.”

Port excursions will be for passengers only and all drivers and guides will have to be tested for Covid-19.

“These procedures will continue as long as this pandemic exists,” he said. “They might change, depending on the opportunities that technology allows or the evolution of the pandemic … until we return, hopefully as soon as possible, to a normal situation.”

If the Grandiosa’s post-pandemic maiden voyage proves successful, the Magnifica will offer a seven-day cruise that extends to the Greek ports of Corfu, Katakolon and Piraeus.

Costa cruise lines will follow suit with its own progressive reentry on September 6 with the Costa Deliziosa — the last major cruise ship to carry significant numbers of passengers amid the shutdown — leaving Trieste and heading to Greece for a weeklong journey.

On September 19, the Costa Diadema will embark from Genoa with stops in Italy and Malta.

Allan Jordan is a cruise writer at the Maritime Executive who has been following developments closely. He told CNN that the return to sea is a multidependency situation taking into account the health of those on board and those at ports of call.

“There is an inherent level of risk associated with permitting any form of travel, but cruise ships are a more controlled environment versus say tourists from an airplane who go through the airport are,” he told CNN. “Cruise passengers are going to be at this phase controlled and limited in their contact.”

‘Not what we booked’

Jordan also says many cruise companies are introducing onboard enhancements such as having the heating, ventilation and cooling systems draw in more air from outside, enhancing filters and even adding UV lights that are successful in killing the coronavirus, according to some studies.

“The use of pre-boarding testing of course adds another level of precaution to the process, but as we have seen, worldwide Covid-19 is very challenging and difficult to control,” he says.

“Clearly there is no way to make it totally risk free, but adherence to the protocols and the use of basic precautions such as social distancing and masks is reducing the risk of exposure.”

Passengers such as Lesley Lees, who wrote a post on the MSC Cruise Information Facebook page, aren’t sure what they are in for.

“We’re cruising the Med in September,” she wrote.

“We love getting off the ship and just having a wander and just walking around and exploring, been told we can only go on organized excursions which we hate and also don’t want to be on a bus full where you can’t socially distance, even with masks on, it’s absolutely not my idea of a cruise, really don’t want to go and don’t think we should have to accept this.”

Lees says her heart goes out to the travel industry “but it’s a hard-saved-for holiday that’s not going to be what we booked.”

Those on land at the ports of call are also nervous. No cruises have yet been scheduled to dock in Venice, which was in one of the hardest-hit regions in Italy at the start of the pandemic.

There, the No Big Ship protest group has launched an appeal to never allow ships back in the port despite the hard hit to tourism the city has felt in part to their absence.

The spread of Covid-19 through the Diamond Princess sent shockwaves through the cruise industry.

Mayor Leoluca Orlando of Palermo, where the MSC Grandiosa will stop this month, told CNN in a statement that the cruise sector is missed in his city, which has invested in expanding its cruise ship terminal to accommodate the largest of the leisure vessels.

“We are happy that the cruise sector, which has played such a vital role in the tourist revival of Palermo with tens of thousands of arrivals each year, is also restarting,” Orlando told CNN.

“Obviously we expect strict compliance with the rules and procedures set by the national government for the prevention of contagion, to the advantage of everyone, starting with the cruise passengers themselves, but also the operators in the sector.”

Ernesto Tedesco, the mayor of Civitavecchia, which is the port of call for cruise ships visiting Rome, has been adamant that he will protect his citizens at all costs, especially after 12 crew members preparing the MSC Grandiosa tested positive for Covid in early August.

At the time, he was quoted in local media as saying he would set up blocks to keep the big boats out. But in an interview with CNN this week, he softened his stance, saying he was assured by port authorities and cruise line representatives that all precautions would be made.

He says that those passengers starting their cruise in Civitavecchia who arrive by train will be put on a dedicated shuttle bus to avoid mixing with the general population.

“Let’s not forget that there is already the free circulation of people and that we need to restart our live and economic activities, so we cannot say that we are sealing off the city area from the harbor,” Tedesco says. “But monitoring the situation is fundamental, and that’s what we are doing.”