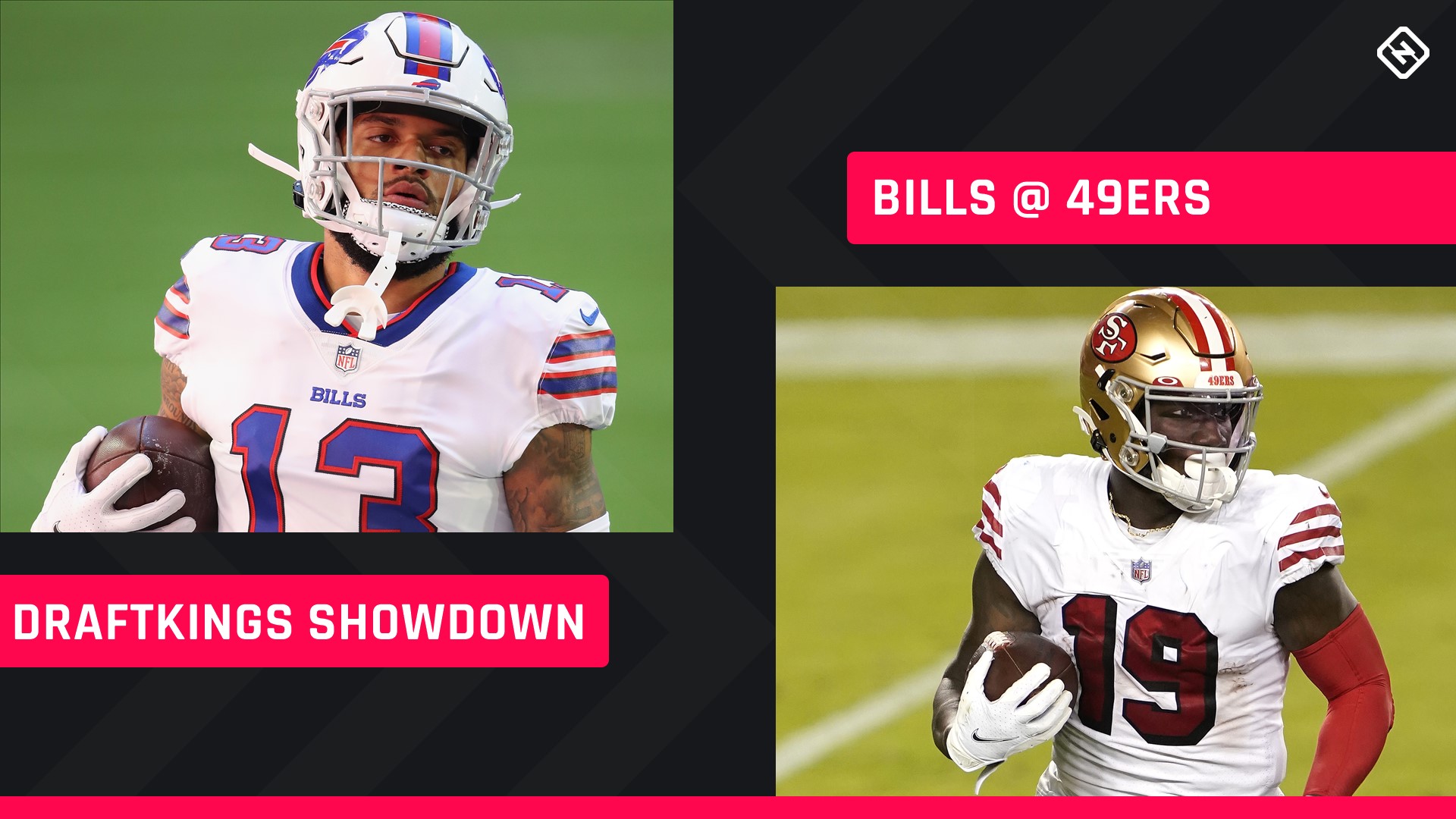 The Bills and 49ers will play in Arizona on Monday Night Football due to COVID-19 restrictions in Santa Clara County. Got it? Don’t worry about it. We’re just here to put together a good DraftKings Showdown lineup, and we’ve found a way to play all four of Josh Allen, Stefon Diggs, Raheem Mostert and Deebo Samuel, which should hopefully lead to DFS glory.

It all comes down to a value play in Isaiah McKenzie and a captain that’s a mid-tier receiver, Gabriel Davis. If those two plays work out, the other four studs should carry our lineup to a big day in the MNF nightcap.

MORE DK SHOWDOWN: How to win a Showdown contest

With John Brown (ankle) still on IR, Davis gets to operate as a main outside receiver in the Buffalo offense. A week ago, that meant three catches for 79 yards and a touchdown. Especially with some worries about Stefon Diggs against Richard Sherman, Davis is the right kind of value captain play.

You can’t afford to fade Allen here because even if he doesn’t dominate with his arm, he can add a ton of points with legs. Allen could fail, but we’re not willing to take that chance.

Diggs has a history of getting shut down by Richard Sherman, but this is the best we’ve ever seen Diggs play and Allen is a different quarterback than Kirk Cousins. It’s not guaranteed to work, but Diggs should still get targets, which should still lead to some production.

Mostert might be the fastest running back in the NFL, and while Buffalo has a solid run defense, it only takes one play for Mostert to pay off in a big way. The 49ers didn’t ease him back from an ankle injury last week, as he saw 16 carries, and he should get 15-plus touches again.

Samuel rarely is targeted down the field, but coming off a 13-target game, he’s a dynamic weapon that you will want in your lineup. Getting Samuel and Mostert means that we have a good chance of hitting on the 49ers’ big plays, and big plays can make or break a Showdown lineup.

McKenzie gets in another one of our Showdown lineups as a supreme value play. He caught a touchdown earlier this year for us on a pop pass, and he usually gets at least a few touches per game as a gadget player, which is more than anyone else at this price can say.