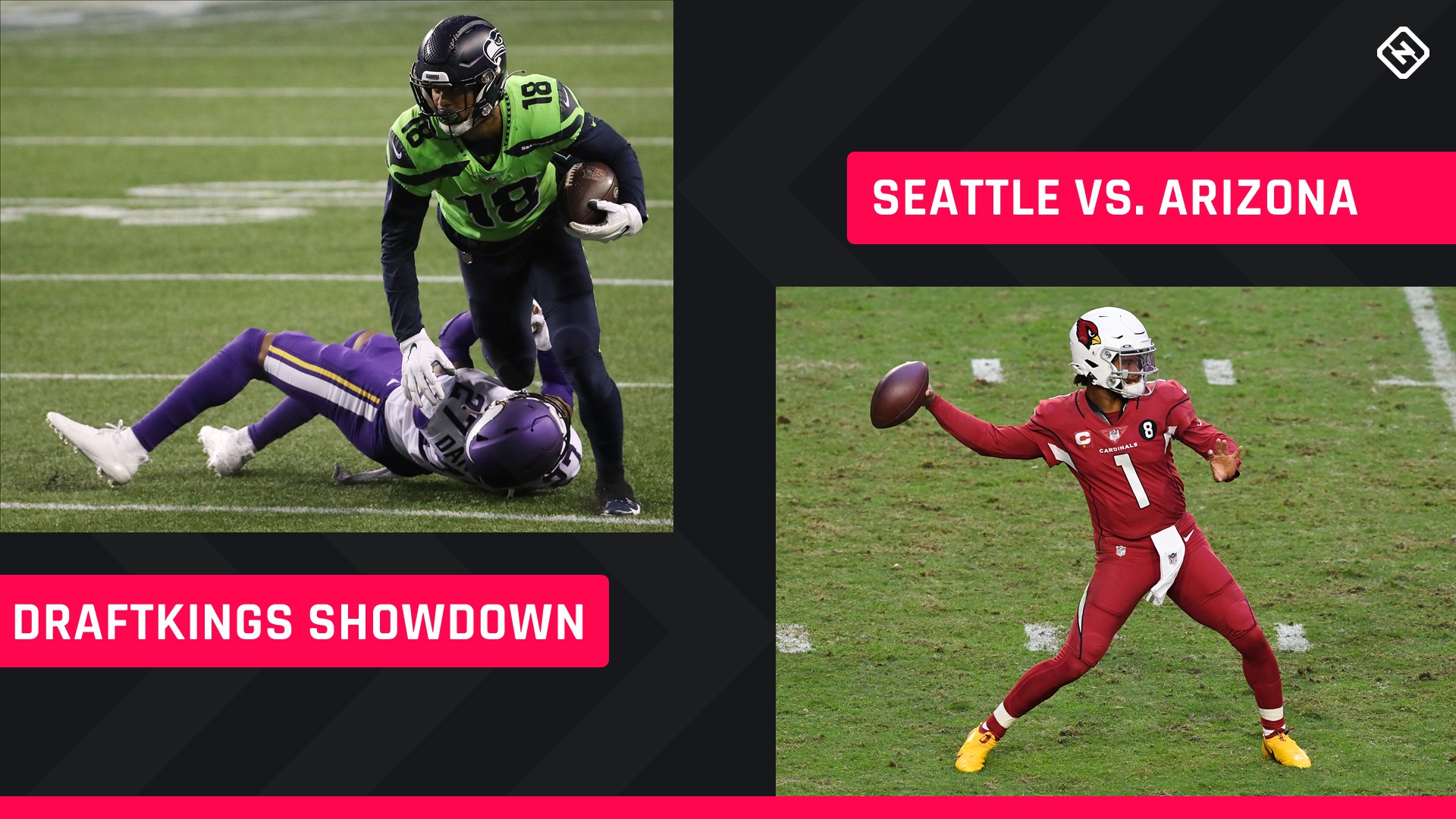 Week 11’s Seahawks vs. Cardinals clash might be the Thursday Night Football game of the year, and with so many high-powered players, it’s an intriguing one to make a DraftKings Showdown lineup for. How can you fade any of Kyler Murray, Russell Wilson, DeAndre Hopkins or DK Metcalf in DFS this week? We didn’t (but it wasn’t easy).

This week’s lineup is actually identical to our Week 7 Sunday Night Football Showdown lineup. That night was ruined by a big Tyler Lockett game, but he’s dealing with a knee issue and might not hurt us this time around. We’re also fading the running backs, but injuries and split backfields make that an viable strategy for Thursday night.

MORE DK SHOWDOWN: How to win a Showdown contest

Believe it or not, this is the second time that Swain has captained one of our Showdown lineups this season. And yes, the first time was when these teams met in Week 7, and Swain didn’t do anything. But to pay up for the rest of our lineup, we’re using Swain and hoping to benefit from Tyler Lockett’s knee injury that could keep him out or limit him. Swain just had a season-high four targets in Week 10, and we don’t need much from this spot to pay off the rest of this squad.

When these teams met in Week 7, Murray broke 40 DK points (and he’s gone for another 40-plus and 30-plus the past two weeks). You aren’t playing a lineup for this game without Murray — not against the porous pass defense of Seattle. Just enjoy all the exciting plays he makes.

Arizona’s pass defense might be slightly better than Seattle’s, but not nearly by enough to even consider fading Wilson. He put up 35 DK points in the first meeting of these teams, and he’ll be forced to keep up with Murray. A couple rough outings in a row from Russ shouldn’t dissuade you from using him.

Well, we’re pretty sure Hopkins isn’t going to have a better catch than the one he had to beat the Bills in Week 10, but he lines up for a great game against Seattle that should be filled with plenty of separation along with opportunities to go up and get it once Arizona is in the red zone.

Metcalf was just shut down by Jalen Ramsey, but Arizona doesn’t have any player like Ramsey. Metcalf also was quiet the first time these teams met as Lockett went off, but a dinged-up Lockett should change that. Maybe Metcalf will use his speed against the Cardinals this time on offense instead of after a Wilson interception.

It’s between Isabella and Dan Arnold at this spot, and if you’re putting together a couple of lineups, you might as well have shares of both. I’m always drawn toward the deep threat over the tight end, though, and that’s why Isabella takes the final slot here. He will only be targeted a few times by Murray, but they’ll be looks deep down the field that could pay off in a big way if just one connects.