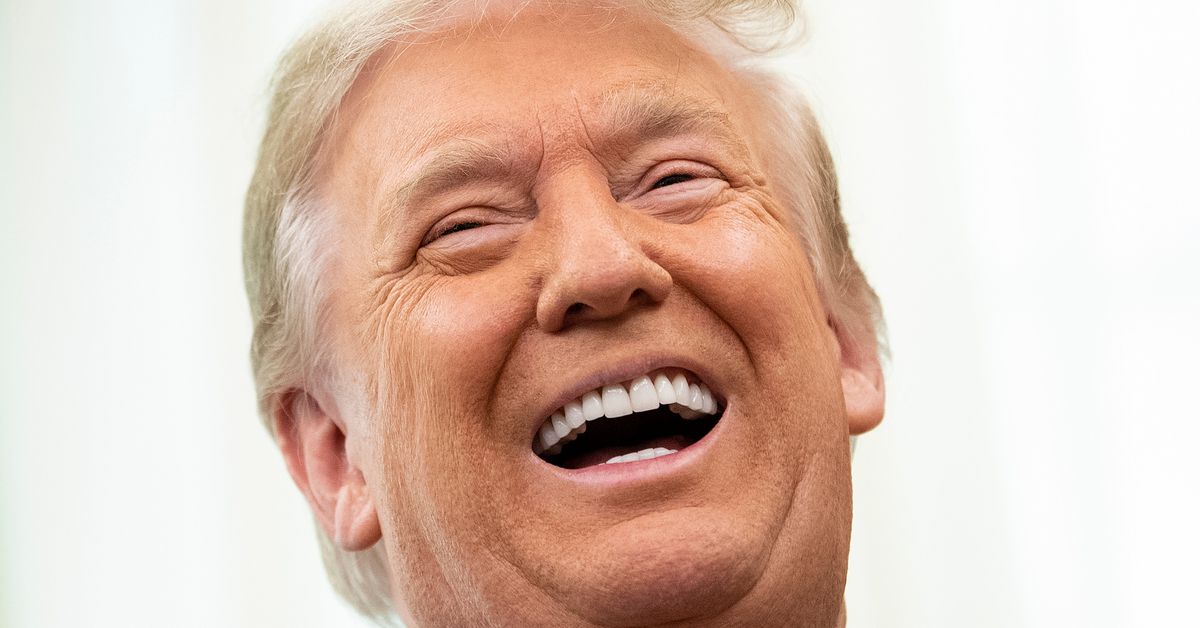 President Donald Trump’s campaign has filed yet another lawsuit contesting the results of the 2020 presidential election, this time calling for a complete do-over of the election in Georgia. That’s despite two recounts in the state — overseen by Republican officials — both indicating Biden’s victory in the state is unambiguous and not going to change.

Trump’s new lawsuit, filed in a Georgia state court on Friday, represents the latest of dozens of efforts by his campaign and its allies to contest the legitimacy of vote counts in key states across the nation, all of which have failed to gain traction — or even be taken seriously by judges — with the exception of one minor win involving an insignificant number of ballots.

But while Trump’s quixotic legal efforts and evidence-free claims of voter fraud have no chance at overturning the results of the presidential election, according to legal experts, they continue to shape Republicans’ widespread reluctance to acknowledge the legitimacy of President-elect Joe Biden’s incoming administration, potentially setting the stage for even higher levels of polarization in Washington than before.

According to ABC News, Trump’s latest Georgia lawsuit alleges that the state’s election code was “disregarded, abandoned, ignored, altered, and otherwise violated,” resulting in “a sufficient number of illegal votes” being included in the count. The lawsuit takes issue with rule changes regarding the eligibility of ballots, and includes allegations of fraud “based on witness affidavits, but with little evidence,” ABC’s Olivia Rubin and Matthew Mosk report. Trump’s team is using these claims to call for “a new Presidential Election to occur at the earliest opportune time.”

Georgia is in the midst of its third tally of votes overseen by Georgia’s Secretary of State Brad Raffensperger, a Republican, and Biden’s margin of victory, while narrow, appears firm. Georgia’s unprecedented hand-count audit confirmed Biden’s victory over Trump, modestly reducing his margin of victory from 13,558 votes to 12,284 votes. And on Friday, preliminary results of a machine recount of the votes indicated that Biden is on track for a similar margin of victory on the third count of the ballots.

The day that Trump’s team filed the Georgia lawsuit, they also suffered two more legal defeats. In Nevada, a district judge denied a lawsuit from the Trump campaign contesting the state’s results based on allegations of malfeasance. The judge said the legal team “failed to meet their burden to provide credible and relevant evidence.” And the Wisconsin Supreme Court declined to hear Trump’s lawsuit attempting to overturn his loss.

Trump and his allies have filed at least 46 lawsuits across the country and their efforts have gone poorly, with even conservative and Trump-appointed judges writing scathing rejections of lawsuits bereft of credible evidence of election official misconduct, incompetence, or fraud.

Earlier this week, Vox’s Andrew Prokop summarized the state of Trump’s “stop the steal” politicking: “The lawsuits of the Trump campaign and its allies have flopped. The key swing states Biden won have certified their results on schedule. And GOP state legislative leaders don’t appear to be seriously trying to interfere with the appointment of electors.”

Trump has called on those state legislative leaders to aid him in stealing the election by appointing electors to the Electoral College who are willing to ignore the results of the election in their states and cast their votes for him rather than for Biden.

As Prokop has explained, this scheme would be difficult to pull off in states in which the GOP isn’t in control of the legislature, courts, and governorship — and is also one that has been routinely rejected by Republican lawmakers in swing states like Michigan. Only in Pennsylvania have GOP lawmakers endorsed such a plan, and there, their plans appear set to be foiled by the state’s Democratic House and governor.

This leaves lawsuits as the president’s only remaining avenue for overturning the election’s results. But these lawsuits have become so transparently filed in bad faith that state and local officials are beginning to call for judges to sanction Trump campaign and Republican lawyers.

Legal experts aren’t ruling out the possibility that judges could use financial penalties to deter future lawsuits, since Trump’s legal efforts in many states have involve repeatedly bringing recycled, discredited claims and affidavits to court, a practice that could be deemed abusive. “You could see a court saying, ‘Enough is enough,’” Daniel Weiner, deputy director of New York University’s Brennan Center election reform program, told ABC News.

Trump’s lawsuits might not be credible, but Republicans don’t care

Despite Biden’s decisive victory in the Electoral College, and the dozens of lawsuits failing to gain any traction, the majority of Republican lawmakers in Washington have declined to question their legitimacy or acknowledge Biden’s status as incoming president.

This week, the Washington Post surveyed every Republican in Congress, and found that fewer than 30 were willing to acknowledge Biden’s victory over Trump. Meanwhile more than 200 Republican members of the House and Senate would “simply not say who won the election.”

Trump responded to the results of the Post’s survey with anger, and suggested he wanted to retaliate against the small minority of Republicans who acknowledged he lost the election. “I am surprised there are so many,” Trump tweeted Saturday. “We have just begun to fight. Please send me a list of the 25 RINOS.” RINO is an acronym which stands for “Republican in name only,” typically used on the right to criticize a Republican for being insufficiently conservative.

Trump’s extended legal battles, combined with his weeks-long insistence on Twitter and other platforms that the election was rigged, have also had a strong effect on public opinion.

For example, a mid-November Economist/YouGov poll found that 89 percent of Trump voters believe that voter fraud affected the election outcome, and a majority think it changed the outcome.

While Trump’s legal fights have surfaced no evidence of widespread fraud or misconduct, they have successfully lent credibility to his campaign to convince large swaths of the public that the election was stolen. And that might be their most important legacy.