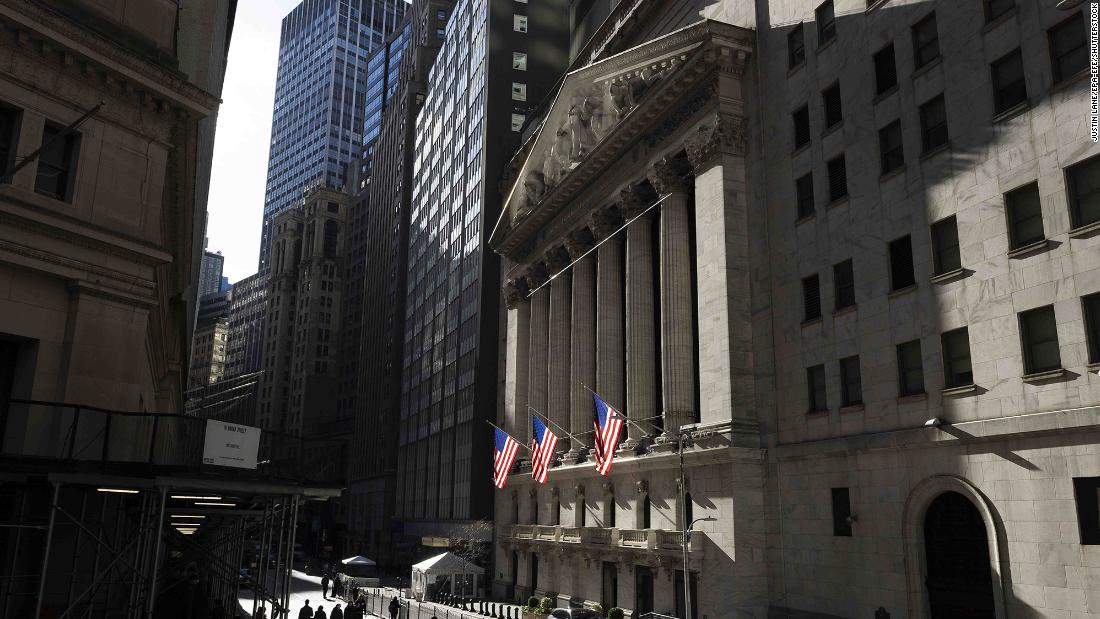 That’s what happened during the 2008 financial crisis — and the pandemic caused it to collapse again.

FSOC, created by the 2010 Dodd-Frank law, is a team of regulators from the SEC, Fed, FDIC and other agencies charged with identifying risks to the financial system. It’s chaired by Treasury Secretary Steven Mnuchin. Next year, assuming she’s confirmed by the US Senate, the council will be led by Janet Yellen, whom President-elect Joe Biden tapped as Mnuchin’s successor.

The FSOC is concerned enough about the liquidity issue that it called on regulators to study the short-term funding market and, “if warranted,” take “appropriate measures to mitigate these vulnerabilities.”

The council did not offer any potential solutions, however — leaving that task up to the incoming team.

“Our short-term markets don’t seem to be able to function without a very significant government backstop. We need to fix it,” said Jeremy Kress, a University of Michigan professor who researches financial regulation.

That won’t be easy, because regulators and experts don’t seem to know exactly why this corner of the financial market keeps breaking down.

“There is still so much we don’t know about these markets and how they work,” said Kress. “That’s a big part of the problem,”

But there’s little doubt short-term markets are vulnerable to bouts of market stress.

Just look at what happened to money market funds, a type of mutual fund that invests in very short-term debt. Although money market funds are supposed to be very safe, in the last dozen years they had to be bailed out twice by Uncle Sam.

As the pandemic erupted earlier this year, money market funds came under severe pressure, prompting investors to yank their cash. In March, outflows from certain institutional and retail money markets exceeded that of the September 2008 crisis, according to FSOC.

Fed comes to the rescue

Companies, local governments and market players rely on this funding to function. When it dries up, it can become difficult for companies and everyday Americans to borrow money.

Money market funds are significant buyers of a short-term form of debt known as commercial paper. But in March as markets cratered on recession fears, these funds stepped away from the commercial paper market, causing it to be “severely disrupted,” according to FSOC. Borrowing rates reached levels unseen since 2008.

“Many firms reportedly were unable to issue CP or to only issue at a very high yield,” FSOC said.

The Fed was forced to come to the rescue.

The US central bank invoked its emergency powers to launch (and in some cases, re-launch from its 2008 playbook) a series of programs aimed at unlocking markets.

At its peak in April, the Fed’s money market liquidity facility provided $54 billion of loans. The programs worked as the exodus from money markets stopped and the commercial paper market calmed down.

“It’s absolutely preposterous that money market funds needed a backstop during this crisis just like they did during the last,” said Isaac Boltansky, director of policy research at Compass Point Research & Trading. “My sense is that the Biden administration will take another swing at that corner of the market.”

The repo market, which is also part of the short-term lending market, blew up months before the pandemic. Although it operates in the shadows, this overnight market plays a central role in finance, allowing banks and market players to quickly and cheaply borrow money for a short period of time. More than $4 trillion in repo borrowings were conducted during the second quarter alone.

Overnight lending rates spiked in mid-September 2019 — the first such period of extreme stress since 2008. Except, unlike in 2008, this breakdown occurred during an otherwise calm period for markets and the economy.

“In 2008, it made sense. At the end of last year, the short-term funding market defied any rational explanation,” said Kress, the University of Michigan professor.

Worse, the unexpectedly high volatility in the repo market caused a relatively modest spillover to the fed funds market, according to FSOC. That caused the effective federal funds rate to break above the target set by the Federal Reserve –a bad sign because it suggests the Fed has lost control over the market.

The Fed was forced to step in by conducting its first repo operations in more than a decade. To further calm markets, the US central bank promised to buy $60 billion per month of Treasury bills. By injecting vast amounts of liquidity, the emergency steps worked to calm down the repo market, at least until the pandemic hit this year.

“The repo market was strained again because of the market dislocations caused by the Covid-19 pandemic,” the FSOC report said.

The role of hedge funds

In March, the Fed calmed the repo market by pledging to buy Treasury securities, initially at a pace of $75 billion a day.

In its report last week, FSOC urged regulators to study the role of nonbank players, including hedge funds and real estate investment trusts, in contributing to the repeated repo market turmoil.

Now, that task will fall to Yellen and the Biden team of regulators.

Kress said the incoming administration will have to decide whether to “chip away” at the problem or “go bigger” by implementing larger-scale reform.

“We cannot continue to rely on the Federal Reserve to preserve the functioning of short-term funding markets,” he said. “We need to get to a place where these markets can function on their own.”

Hopefully that will happen well before the next crisis.